I did something pretty drastic today.

I deleted all my Spotify playlists. 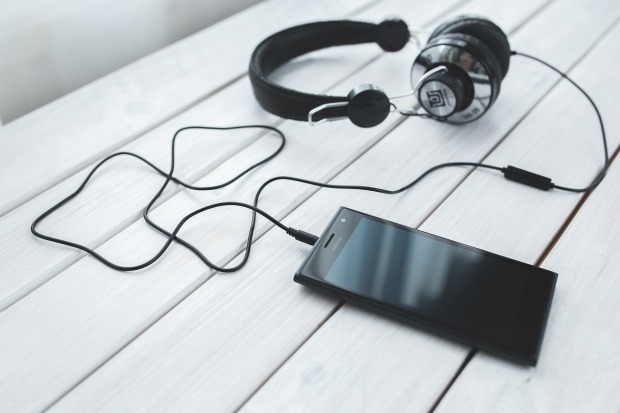 While you might shrug and wonder why this is such a big thing to do for me, you should know that I have been curating these since 2011, when I first signed up to the service sat at my tiny desk, in my tiny office space in my first job, after finishing university.

As I hit delete on each one I felt like a little piece of me was going with it.

It’s similar to when I view my Timehop each morning, I inwardly cringe when I see those Facebook statuses, typed out in abbreviated SMS message style text or see a photo of me appearing 3 stone lighter and with my ex boyfriend. Two things I definitely don’t need to see when I’m still bleary eyed and half asleep, lying in bed and mentally preparing to get up to use the toilet.

As I removed each playlist from the list I was removing a former version of myself, a girl who would listen to the same tired artists over and over again until Radio 1 told her who to listen to next. This was a girl who let people hold her back, who turned down opportunities because she wasn’t convinced she could handle them and allowed herself to be steered and controlled.

I like to think she has gone now, along with those playlists that featured Ed Sheeran and Florence and the Machine. She’s embraced who she is. She might listen to some ‘mainstream’ artists still but she knows what she likes and doesn’t subject herself to anything else just to appear relevant.

She listens to music that wouldn’t sound out of place in a dimly lit underground bar in Soho, sung by a girl who hasn’t brushed her hair in three days and plays the keyboard with her eyes closed.

I’ve started labelling playlists by month now, so I can watch my music taste progress. I’m obsessed with tracking. I track everything I eat on MyFitnessPal (maybe minus the sneaky teaspoons of Nutella binges), I track my steps and sleep on my Fitbit, I track my body on Clue (which is actually an amazing app that lets you track your periods and moods and I highly recommend you download it if you have a uterus). I’m obsessed with building up data and then looking back on it and now I’ve added Spotify to the list.

I’m hoping that in a years time I can look back on these playlists and know what was happening that month to make me choose to listen to those artists or that genre of music.

Music has a great way of reflecting your personality and your current moods. It’s the perfect outlet. It speaks to you.

This post isn’t my usual sort of thing, but I felt like putting something a little more personal up on this site.

If you’re wondering what I’m going to be listening to for October, then click here – there was an embedded playlist but WordPress appears to be incapable of embedding things of late.

Let me know what you think.