This is the next part of my horror piece The Messenger. You can read the opening post by hitting the Creative Writing tab on the bar above! 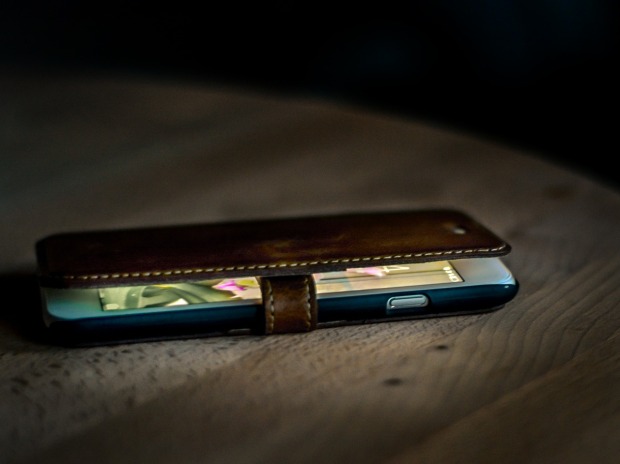 The next morning I woke, still on the sofa in my clothes from the day before. The phone lay innocently on the floor, where it had dropped as I had shifted in the night. I pressed the button and saw it had run out of power. I remembered the text from the night before. Had it really happened? Maybe I had drunk too much gin and just stayed up too late.

The TV and lamp were still on so I hastily switched them off, thinking guiltily about the bill. Then I stood and walked to the plug socket on the other side of the room where the charger was plugged in and attached my phone. The battery symbol flashed up and I knew it would take a while for the thing to turn back on again.

Next time I’m getting a Samsung, I told myself as I pulled my shirt over my head and went to the bathroom to pee and jump in the shower. The hot water felt good but I also felt paranoid, like I wasn’t alone in that room and I kept thinking about the message and stopping to turn round to check the room behind me.

You’re being an idiot, I told myself, when I turned round for the fifth time only to discover I was alone. Someone was trolling you last night. I turned the water off and stepped out of the shower, I took longer than usual to dry myself. I didn’t want to leave the room. I didn’t want to look at the phone.

I tentatively opened the bathroom door and made a mad dash across the hallway to the bedroom. I needed to get out of the house. I’d been inside too long, my mind was starting to play tricks on me, I told myself. I decided that there were too many mirrors, I kept catching sight of things out of the corner of my eye but they were just clothes slung over a chair or a hat dangling off the banister on the stairs. I got dressed quickly, throwing my towel down on the unmade bed. I swiped the phone off the floor, not checking the battery but shoving it into my pocket. I needed to be around other people before I could look at it again.

I hadn’t checked the time, it was still pretty early in the morning but the summer light tricked you into thinking it was later in the day. My watch said 7.30 so I decided to walk into town, by the time I reached the high street the coffee shops would be opening.

I couldn’t stop thinking about the device in my jeans pocket. It was torturing me not knowing who had sent that message last night. When I get to Costa I’ll ring Melanie’s Mum, I told myself.

The walk was eerily quiet and even though it was daylight the hairs on the back of my neck continued to prickle, I felt paranoid, like I was being watched and followed. I decided against cutting through to the park to get to the high street. I’d go the long way through the housing estate.

As I walked past the entrance gates to park I remembered visiting the place with Melanie, how we had walked round the lake while she smoked a cigarette and I had attempted to feed the ducks left over wholemeal tortilla wraps. The birds had looked at us in disgust when they tried to eat them, flipping the hardening baked goods into the air with an air of confusion. Melanie had laughed.

Someone had stopped her to ask about the tattoo on her shoulder, her biggest design featuring roses, tentacles and delicate thorns. They had wanted to know where she had got it done, what it meant etc. The usual, boring tattoo related questions. Melanie had replied with the most basic of answers, tired of being stopped in the street or in shops to be asked about the artwork on her skin.

“Why can’t people just look at it?” she had muttered that day, as we had walked away.

“Isn’t that the point of art?” I asked. “To get a reaction?” She had rolled her eyes at me.

I hadn’t noticed where I was walking, while thinking back on that memory, and realised I was nearly in town. I felt my jeans pocket where the phone was and carefully pulled it out. Like it was a venomous snake or something horrible and small that might bite me. There were no new messages.

I ordered my favourite caramel latte in the cafe and sat by the window. I wanted to see people walking by, I wanted to feel the chill from the outside when the door opened, I wanted to hear the chatter of people at the counter. When I thought of going back to that empty flat I was filled with a new sort of dread.

I called Melanie’s Mum, I wasn’t sure if she would be awake or not but I needed to speak to her. To find out where Melanie’s phone was. She picked up after three rings.

“Sorry it’s taken me so long to call.” I said. Hearing her voice was difficult, it made me feel like Melanie could still be around and I was just ringing her Mum about something we were doing that weekend or to ask her what I should get for Mel’s birthday.

“What’s happened?” Melanie’s Mum asked. She always knew when something was wrong. She had known that night, when I had called her to say I couldn’t find Melanie.

“Hey Denise, I need to ask you a question and I need to know the truth.” I said.

“I was sent a weird text message last night,” I continued. I lowered my voice as a mother with a push chair walked by me. I don’t know why, I just felt like I shouldn’t be talking about texts from my dead girlfriend too loudly. “It was from Melanie’s phone.”

Denise was silent for a moment. I could hear the radio in the background, she was probably listening to Radio 2 while she got ready for work, having a cup of tea in the kitchen.

“I got one too.” She finally said.

“What did it say?” I asked. My heart was pounding, for some reason the thought of Melanie’s mother receiving the text too made it all too real, too strange and in the back of my mind I kept thinking, what if it really is her?

Denise’s voice choked up and she gasped as she tried to stop herself from crying. “I checked her phone Adam. It was in the drawer. Turned off.”

I felt that cold sensation down the back of my neck, like someone had just dropped an ice cube down my shirt and I had to remain calm.

“How is this happening?” I asked, mainly to myself, but she answered anyway.

“I don’t know. I had to go stay at Grace’s.” Grace was Mel’s older sister.

“Is the phone still at yours?” I asked.

“I’ll be home around six,” Denise said. “I’ll cook you something for dinner.”

We hung up the phone and I sat for a moment, staring at the coffee in front of me that was now going cold. I opened up the messages again from last night.

The question mark bothered me. Why was the person sending the text querying whether I was there or not.