The rumours were true! You can play the PS2 game Primal on a PS4. (Sorry if you’ve known this for ages, I didn’t).

Needless to say that was my first game purchase for my new console, at a slightly higher than expected price of £7.99. 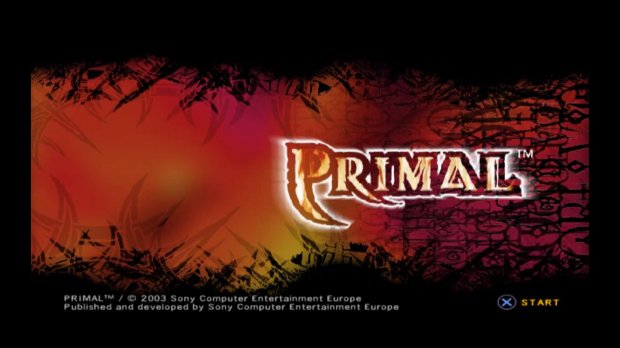 This is going to sound lame, but this game is still so cool. Like, it’s got that edgy 90s/00s vibe about it with the heavy rock and alternative characters you wish you could be.

Now, the game doesn’t appear to be a remaster. In fact, the controls and movement make me feel nauseous if I play too long. When Jen runs the screen appears to bounce up and down but I feel like this is simply a calibration issue when moving a basic PS2 game onto an upgraded system.

When playing any old game now, you need to remember the controls are never going to be as smooth as what you’ve got used to on later consoles. The fighting is clumsy, the jumping slow and hard to action and when you interact with anything you have to wait for the character to say their little bit before you can move on – i.e. when trying locked doors.

But when it comes to nostalgia, playing this game is giving me major feels. It reminds me of evenings spent sitting in my bed, in the dark with just the blue screen of the television as I made my way through a new world.

I remember when I first started gaming how nervous I would feel when a cut scene was over, because I was always scared of failing in the game. Of being beaten in a fight. I’m still the same – although I simply get frustrated now and don’t get that nervous buzz anymore because I’ve played so many games since. Did anyone else feel the same way?

But anyway, more about replaying Primal:

I’d never realised just how much Jen Tate reminds me of the character Harley Quinn – without the insanity, of course. It’s just the way she talks and her attitude, she’s cocky and sassy and doesn’t let anyone walk all over her. Plus, she’s got that slight New York twang to her voice. Her interactions with the gargoyle Scree are fun to watch and she always has some sort of quip to give about the situation.

The soundtrack was just as good as I remember. The opening scene of the game, where Jen’s boyfriend is performing in a club before the demon attacks them later, sets the whole tone of the game and is also used during fight scenes. I do love a bit of 16Volt.

Playing an old game might feel clunky, but it’s fun to see where we’ve come from and how much gaming has developed in such a short space of time.

What old games do you enjoy playing?