So you’ve probably been playing Arkham Knight, might have even finished it, right?

Due to personal commitments – aka being a bridesmaid and having to pay for hen parties and petrol while driving my 1 litre beast of a car up and down the country – I am still yet to get my hands on my PS4.

So, I decided to return to where it all started with the Batman franchise and picked up Arkham Origins from CEX for a tenner, along with the LOTR trilogy and a couple of other films I couldn’t not pick up because they cost like 50p.

I’ll admit, I actually think it’s better than both of those games (especially city).

I don’t remember hearing much about it, in fact for a while, I thought it had come out before Asylum and City, but they were released 2009 and 2011 (if you can believe it, now I feel old). However, it’s much smoother gameplay as a result and the graphics are great to look at.

A friend at work told me that it wasn’t well received but I don’t understand why, it’s a great take on the Joker meeting Batman story and even gives you a glimpse into what Harley Quinn was like before she went over to the leather mini skirt wearing, puddin’ loving crazy side and Barbara Gordon before she became Oracle. 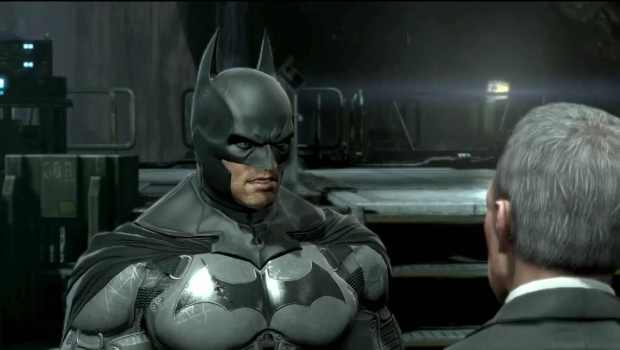 Alfred also plays a bigger (but not quite as sassy as Michael Caine) part in catering for Batman and the dynamic of their relationship shows how he worries for Bruce Wayne, urging him to stop fighting and taking care of him.

Batman is younger, bolder and a lot more vicious than his later self. He’s also a little angsty, acting all Harry Potter and the Order of the Phoenix and lashing out at those he loves and not thinking straight in his quest for justice.

The game is set five years before the events of Asylum and follows Batman being pursued by a group of assassins who he comes to realise were set upon him by the Joker – a criminal whose methods are nothing like he has experienced before i.e. Joker is bat shit insane and doesn’t care who knows.

Setting wise it has basically based itself on the City game, you can glide around Gotham and latch onto helicopters. The predator gameplay uses the same model, with gargoyles and ledges serving as vantage points and grates to hide in and sneak up on enemies. If aint broke, don’t fix it. I have enjoyed using the Fast Travel option using the plane to get around though, rather than having to grapple hook everywhere.

The Shock Gloves, picked up from the Electrocutioner, are a nice touch and allow you to obliterate a group of clown thugs in super quick time. The rest of the gadgets are pretty much a rehash of the previous game, with the glue gun replacing the ice blaster to block up steam vents.

The new upgrade combat and armour system is a little confusing, looking through it I’m never sure what’s available or what I’ve already purchased so I find myself spending a lot of time on that screen. 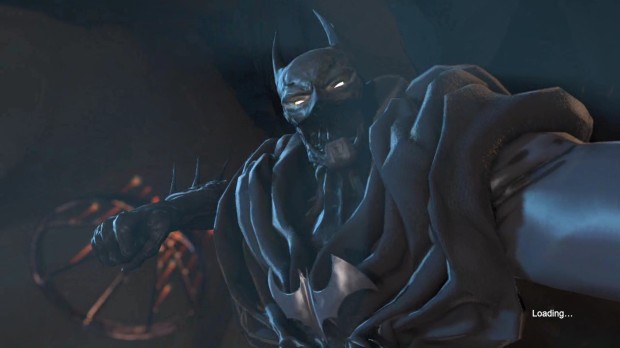 A screenshot from the unusual Joker mind scene in the game, reminiscent of the Scarecrow gameplay in Asylum and City

These points aside, I’m definitely enjoying playing it a lot more than Arkham City, which I think was a little too wrapped up with the Riddler puzzles than the actual storyline, which to be honest was over so quickly I was a little confused, thinking there must be more. Origins is darker, the storyline – while a little all over the place – is better and the graphics are nicer to look at.

One big thing is missing though…Mark Hamill voicing the Joker. I knew as soon as he was introduced it wasn’t his voice and while Troy Baker does a great job emulating the classic Joker voice, it just isn’t the same. I do love his work as Booker Dewitt though.

What did you think to Arkham Origins? Do you rate it higher than the other three titles in the series?