I was inspired by a moment I experienced quite recently, when an interaction with someone left me feeling angry and stupid but then I realised my thoughts about the person were uglier than the exchange itself. I dunno, I decided to just put some words down and this is what came out! 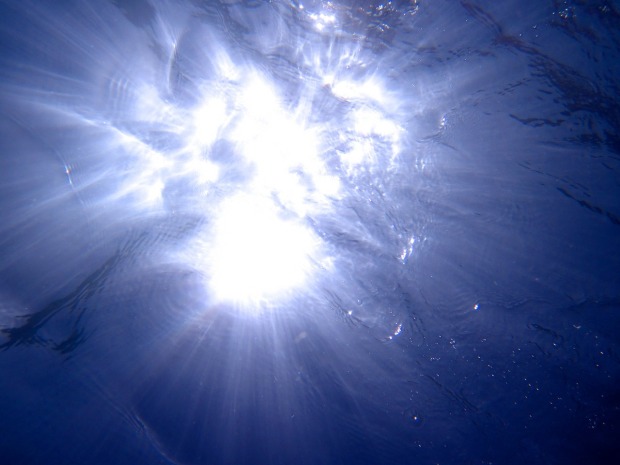 She made me feel stupid but I noticed she had a really poorly done tattoo, lurking beneath the crop top she wore, which exposed a slither of pale flesh just above her high-waisted jeans. And it made me feel better, that someone so arrogant and condescending, had the words ‘live laugh love’ permanently etched  onto their skin by a novice artist, whose work was showing signs of fading and blooming already.

Her turned up nose helped to confirm the impression that she was looking down on those around her and when she smiled both her top and bottom teeth were revealed, so she resembled a wide mouthed shark.

In fact, there were too many teeth in her mouth altogether. So much so that her side profile gave the impression that she was wearing a gum shield, like the ones your P.E teacher forced you shove in your face before playing hockey or rugby.

The nail varnish on her right hand was chipped and missing in places, where she had absentmindedly picked at it with her free hand and a charm bracelet hung from her slim wrist, creating a tinkling sound each time it hit the table as she jotted down a note.

And while I sat there, picking faults in her appearance I realised just how ugly I was. I imagined my soul in that very moment and decided it would more than likely be a swirling mass of grey and brown and sickly green, as I sat in silence judging her from across the table.

She hadn’t really done anything wrong; she was simply clever, had corrected me and knew a great deal more interesting people than I could claim to. She made me feel bad about myself when I really shouldn’t. I knew that, but instead my weak mind decided to pick her apart, destroy her in my head and all I could do was find flaws in her appearance – as if that mattered.

I thought about my hair that I really needed to wash but was keeping ‘fresh’ with a liberal amount of dry shampoo for the past two days and about how I was trying to keep my dress from exposing my knees which I hadn’t shaved before leaving the house. My dress was also a little too snug, after failing yet again at a diet plan and I was forced to sit up perfectly straight to counteract the appearance of any rolls of fat which were definitely there.

‘But picking yourself apart isn’t going to fix things,’ I thought to myself. So I decided to imagine what this girl might be like. Her sharp way of speaking could be a ‘confidence thing’, a way of affirming herself in a nerve racking situation and talking in front of a group of strangers could be a daunting prospect for her.

Perhaps she had to get up early that morning, to look after a sick mother or change a child’s nappy or clean up after a dog. Maybe she had a headache, was hungry or maybe it was just how she spoke most of the time and I simple took offence like I usually do in these sort of situations.

All of these were possibilities, and here I was focusing on her blurry tattoo and mouth full of teeth.